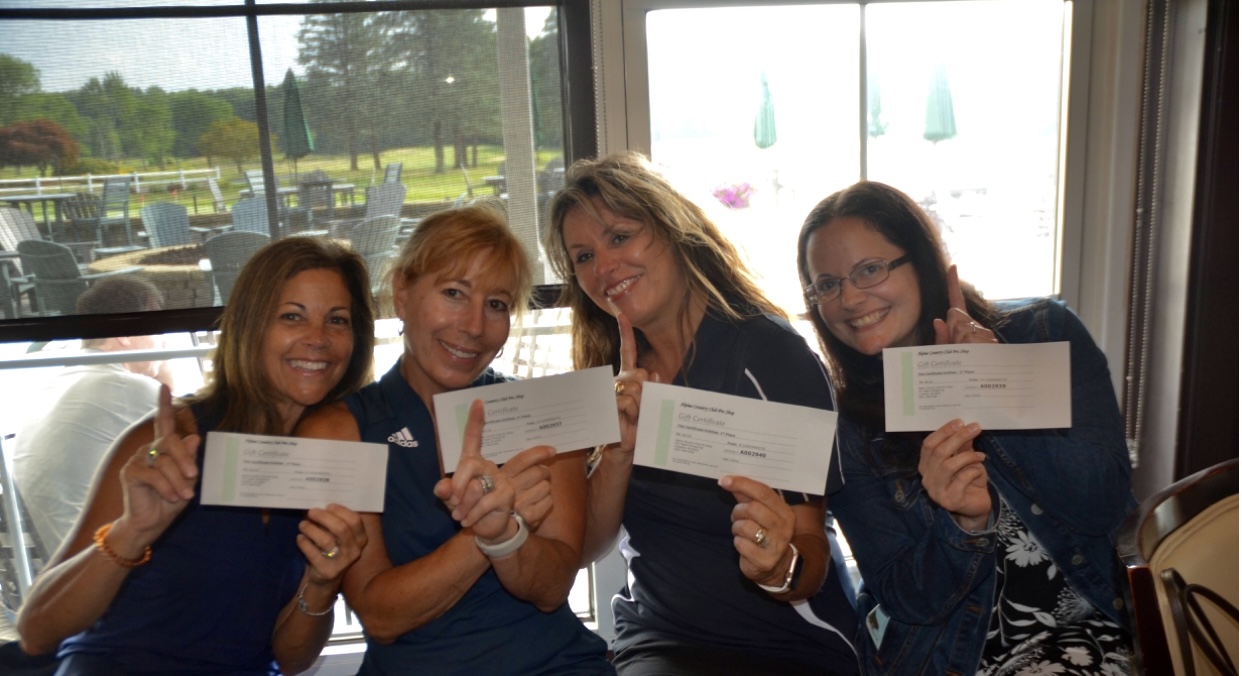 Back on course. Chiropractic Society of Rhode Island hosts successful first annual golf tournament to be held July 25 at the Alpine Country Club.

The weather forecast was for a late afternoon thunderstorm. Yet even Mother Nature wanted Chiropractic Society of Rhode Island’s first annual golf tournament to be a success. And it was.

The non-profit organization’s first annual golf tournament took place on July 25 at the Alpine Country Club, centrally located in Cranston, RI. Those participating included members of the Chiropractic Society of Rhode Island, one of the one of the oldest chiropractic associations in the United States, as well as family and friends.

“We had a great day weather-wise and a terrific turnout for both the tournament and the dinner afterwards,” said Dr. Kristin Kolesar Fabris, president of the Chiropractic Society of Rhode Island and a chiropractor at Be Well Chiropractic in Providence, Rhode Island. “We’re already looking forward to next year’s tournament and we hope to get even more people out on the course.”

The golf event, which featured a shotgun start, included a competition for closest to the hole.  The quartet of Dr. Erika Bruno, of Bruno Chiropractic, Lisa Bruno, Elizabeth Casey and Carol Rebussini won the tournament. Placing second was the quartet of Dr. Sue Donahue of Donahue Chiropractic, Ann Moran, Mike Aubin, and Danielle Gamache.

Ann Moran won the closest to the pin content for women; Rick Trembowicz won for the men.

The event had a number of sponsorship opportunities for CSRI members and local businesses. The list of sponsors included: Dan Issa of Open MRI; Wealthcare Investment Partners; and Tools of Practice.

Proceeds from the tournament will help fund CSRI education and outreach activities in the local communities they serve in the Ocean State.

Next year’s tournament will take place in July at a course to be determined.

Founded in 1918, CSRI is one of the oldest chiropractic associations in the United States and represents more than 25 percent of the chiropractic physicians in the Ocean State. In addition to providing a regional voice for chiropractors in the business and legislative arenas, CSRI also helps educate the general public on the benefits of chiropractic. Those all-natural benefits can include relief from headaches, asthma, osteoporosis, osteoarthritis, carpal tunnel, colic, and stress, just to name a few. The Chiropractic Society of Rhode Island is located at 1272 West Main Road, Building 2, Middletown, RI 02842. For more information, call (401) 207-0700 or visit www.RIchiro.org.